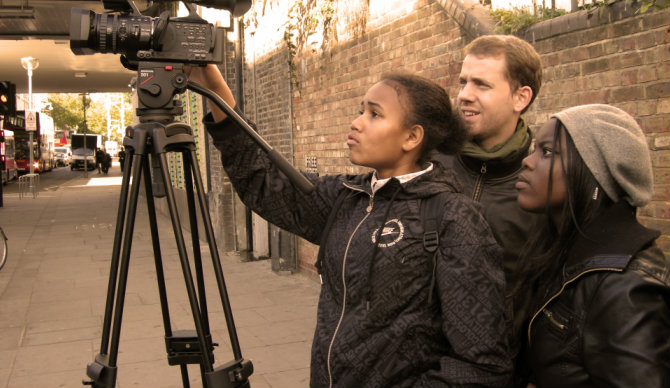 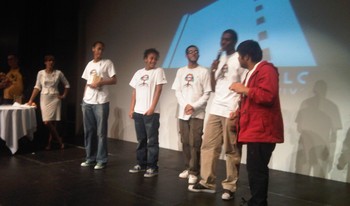 Accepting a prize at the Portobello Film Festival
Moktar

Taking part in Grove Roots has taught me so many things, from how to use a camera, to the importance of local heritage.

Thanks to a grant from the Heritage Lottery Fund, the Octavia Foundation has given eight young west Londoners the opportunity to document the history of their local area in a film that traces the evolution of Ladbroke Grove from the 1958 race riots to the present day.

The project began in October 2008 and in just five months the eight local young people researched and produced the Grove Roots documentary. The film looks at the major milestones, historical flashpoints and social landscaping of the area to capture the unique story of Ladbroke Grove.

The film unearths the pivotal history of the area, including the rise of the Notting Hill Carnival, the fruition of 'Frestonia' and the lives of unique local figures such as Claudia Jones who is remembered in the UK as the 'mother of Notting Hill Carnival', and notorious landlord Peter Rachmann.

Grove Roots had its world premiere in the illustrious and iconic Electric Cinema on Portobello Road on 27 February 2009 which kicked off the London-wide screening tour of the film.

The first screening was met with rapturous applause from the audience, and congratulations from the floor came from local councillors, film-makers, interviewees & proud parents.

The film has been requested all over the world, and has appeared in many films festivals, most notably in the Foyle Film Festival in Derry, Ireland, where two of the young film-makers came to introduce the film and do a Q&A session.

Grove Roots won the best film award in the youth film category at the Portobello Film Festival in the autumn 2009.

Over 700 films were submitted and the young people fended off some tough competition from across the globe! Our brilliant young film-makers thanked the Octavia Foundation and the Heritage Lottery Fund from the stage, as well as the festival itself for awarding them.

The award was a Trellick Tower shaped statue (fitting given that it features in Grove Roots!) and the young people have vowed to share it. Young participant Rae Evelyn said Grove Roots was 'the best thing I have ever done in my life'.

The project has been featured on London Tonight, the Observer, Regeneration & Renewal, the Daily Telegraph, the Evening Standard and The Voice.

view all Activities and projects