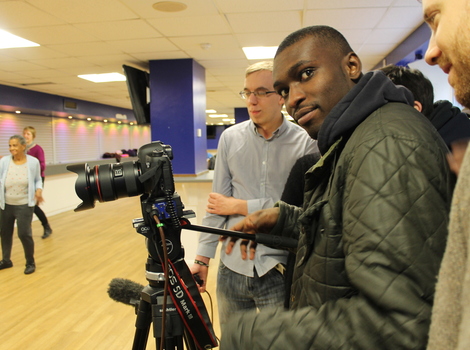 The Story of QPR project has been fortunate to receive a confirmed grant of £52,300 from the Heritage Lottery Fund (HLF) for a heritage aspect to the project, to be called History of QPR. This part of the project will focus particularly on the heritage of the club, for which the young people involved will produce a series of short films, a micro-website and host the QPR Antiques Road-show event.

The Story of QPR is a youth multimedia project, being delivered by the Octavia Foundation in partnership with QPR in The Community Trust, working with young people aged 16 – 24 years old, many of whom are not currently in education, employment or training, to produce a range of multimedia telling the story of the QPR Football Club. The project will engage fans, young people and the local community to chart the history of QPR FC. Over 20 young local people will be involved in the project as a whole, producing a broadcast quality documentary film, a podcast, soundtrack and website, gaining skills in film-making, media and research.

The HLF recently awarded funding for a heritage focused part of the project, to be called History of QPR, which will allow more young people to take part. The young people involved will be working with historians and exploring archives to put together educational resources for local schools, including a series of short films, a micro-website and a magazine, as well as organising a QPR Antiques Road-show for around 200 attendees. The extra funding will give two young people the opportunity to gain skills and practical experience through the two new job roles it has helped to create; an Apprentice Administrator, a role funded by Hammersmith United Charities, and a Production Assistant internship. The Story of QPR Project Manager Serena Williamson said:

“The additional funding from the HLF gives us a wonderful opportunity to reach more young people and for them to develop their skills, particularly through the two paid job roles. For all of the young people who get involved in the project it is a chance to grow and develop as individuals through helping to tell the fascinating story of the QPR heritage in really engaging, creative and varied ways.”

Filming for the documentary element of the project started on Wednesday 12 February at Loftus Road Stadium with the QPR in the Community Extra Time club, for local residents aged 60+, who took part in a salsa class. Extra Time club member Doreen Hyde said:

“I really enjoyed being interviewed for this documentary. QPR is the community.”

More information on The Story of QPR project and the two new job roles is available in the project pages of this site. If you are a local young person who would like to get involved in the project or if you have any stories or QPR memorabilia that you would like to share then please contact Serena Williamson on 07903 739 028 or qprfilm@octaviafoundation.org.uk