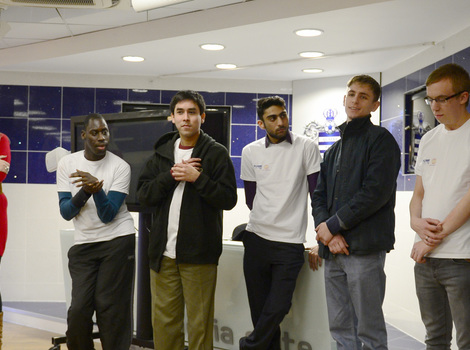 An hour length film, created by a group of mostly young unemployed people made a successful debut at the Queens Park Rangers football club on Wednesday evening.

Six of the young people involved in creating the film explained the impact that it had on their lives. Production assistant Max Robson, 24, who appeared on London Live earlier in the day, joined the team in May 2014 and couldn't hide his excitement at the press launch.

It’s really pleasing to see such a great turnout for the press screening. It’s a brilliant feeling for everybody to see all the work we’ve put in.

I’ve learned so much about QPR, all about the club’s history, London as a whole and why people care so much about football. I’ve also learned so many skills about film-making. It’s been a great experience; one that’s been invaluable to me. I can’t explain how happy we all are.

The Octavia Foundation and the QPR in the Community Trust partnered up to support the project, which has helped over 35 mainly unemployed young people gain valuable skills for the future.

Running parallel to the unique story of the club is a wider story of what football means and has meant to British society, and in particular to London’s working class and diverse local communities.

The premiere, taking place in W12 on Thursday 26th February, will be followed by a screening tour of local cinemas, community venues and schools.

You can find out more about the Story of QPR project here. 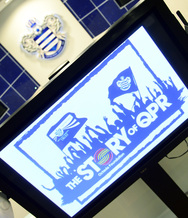