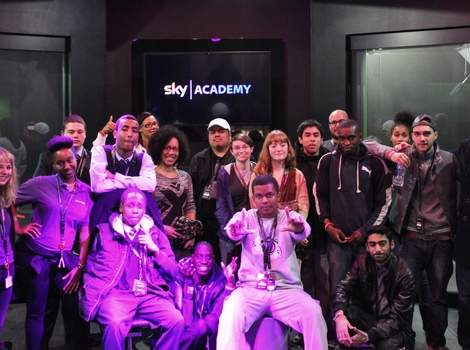 Young members of our BASE creative learning center and young participants in the Story of QPR multimedia project recently joined forces to produce their own news reel on celebrity culture at the SKY Skills Academy.

The young people had to think on their feet and work as a team to produce a series of connected news items within a very short space of time. They were able to practice script development through the session as well as filming and editing with group members taking on different roles, including being a presenter, camera operator, director, editor and interviewee. They group got to see behind the scenes on a tour of the Sky Studio and following seeing their final video played on the studio big screen they received a USB stick of the newsreel piece they had created to take away with them.

Since going on the trip, the young people at BASE have been inspired to start thinking about putting together their own current affairs programme and the young people on the Story of QPR project have learnt skills that will help them as they continue to film footage for the Queens Park Rangers documentary they are creating.

Find out more about our work with young people at BASE and through the Story of QPR project. 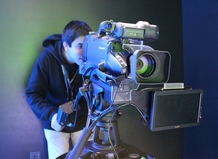 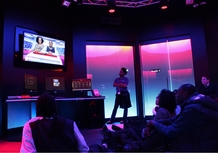 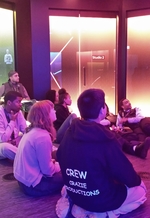